All five books in the Trials of Apollo series in a hardcover boxed set of heroic proportions.
Favorite Greek and Roman demigods return in a five-book adventure quest with a fresh twist: they’re helping Apollo regain his immortal status.
“A clash of mythic intrigues and centuries of pop culture to thrill die-hard and new fans alike.”–Kirkus Reviews

5 hardcovers in a specially designed slipcase
#1 New York Times best-selling series
Rick Riordan is considered the “storyteller of the gods” because of his five #1 best-selling series based on mythology
A new take on Greek and Roman mythology from the point of view of a fallen god
Fast-paced, monster-filled quest adventures told with humor and heart
Brings back beloved demigod characters from the Percy Jackson and Heroes of Olympus series
Concludes the Percy Jackson saga
Introduces new demigods
Villains are based on Roman emperors
Features a diverse cast with people from all kinds of backgrounds and lifestyles
Perfect for middle schoolers but can be enjoyed by older readers, too
From The Hidden Oracle to the long awaited The Tower of Nero, this collection will thrill loyal readers and be a go-to gift for new fans of the bestselling series. 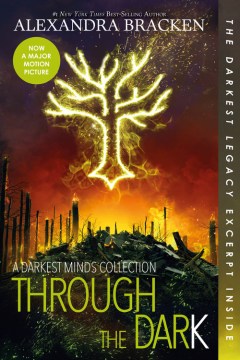 Through the Dark (The Darkest...